Our final destination before heading back to Tokyo was to visit Kyoto, one of the iconic cities in Japan. 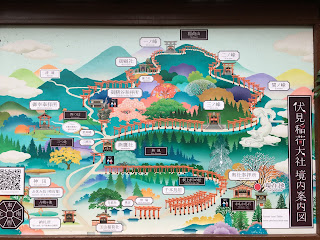 Shinkansen to Hiroshima and Miyajima

After two wonderfulf days, we said our goodbyes in Kagoshima, and took the Shinkansen to Hiroshima with my son and his girlfriend.
Our hotels were next to each other, a 5 minute walk across the bridge from Hiroshima station, and checking in around 5pm. We went for a walk and found a nice place for Okonomyaki - a local specialty - and beer.

Walked by the river and through neighbourhoods where we walked among blooming Magnolia trees and past some memorials to the A bomb. Found a small place for a nightcap and headed back to the hotel.
Next day the four of us took a streetcar to the A-bomb dome and the Peace Memorial park. A sobering visit to the museum with displays and photos of the aftermath of August 6, 1945.


Then took a boat out to Miyajima island where the famous Torii gate in the ocean leads to the Itsukushima Shrine. I ate some oysters which are a specialty raised in this area. It was a super hot day as with most of our time - +30C and humid.

Caught a ferry from the island to Miyajima Chuo and back to Hiroshima Station to bid farewell to Andrew and Emily who were headed back to Tokyo. We then caught a bus in time to get to the Hiroshima Castle before closing!


Folowing the wedding ceremony, we drove to a traditional ryoken (Gajoen.jp) and were assigned beautiful rooms, each with an onsen hot spring bath! 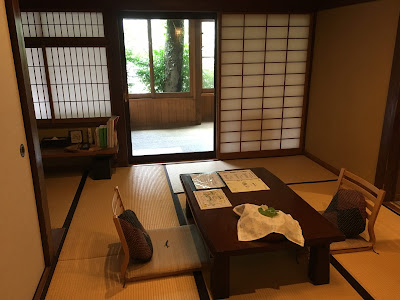 The wedding reception was in a dining room where we ate quite a variety of locally grown foods - vegetables, fish and chicken with champagne, plum wine, beer and sake. We felt very well cared for thanks to Dave and Hicari and family!

After the dinner we were invited to a fire pit for sake and shochu (warmed by the fire) and a very nice evening to visit and enjoy our time together.

Posted by Neil Haggard at 9:36 AM No comments:

A 45 minute JR train takes you from Shinagawa station to Kamakura at speed of 180 - 200 km/hour. this 32  foot bronze Buddha is a busy tourist draw. 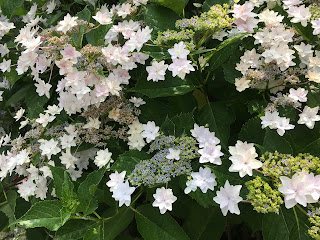 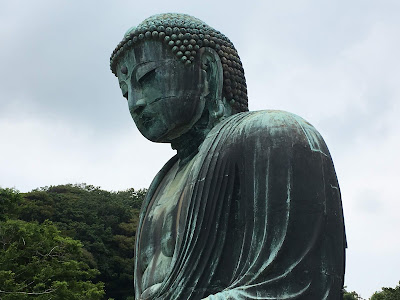 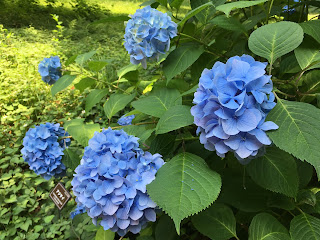 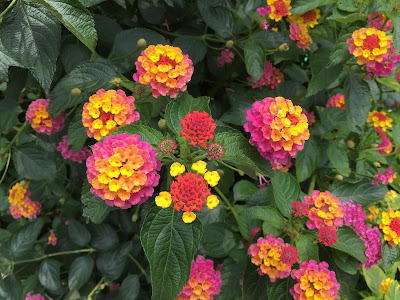 We found lots of Hydrangia flowers and others along the walk from the station to the Buddha.

OSAKA - we left Shinagawa and headed to Osaka, staying in Shin-Osaka at another Toyoko Inn. It took a bit of navigating to find it in spite of them saying it is 6 minutes walk from the station.

We navigated the train to Osaka station from Shin-Osaka and the local train to Osakajoen station where we walked in the heat to the Osaka Castle. What a beautiful castle! (Apparently the G20 were meeting the following week, so pleased to miss that but still found tight security everywhere.)

Posted by Neil Haggard at 3:17 PM No comments: 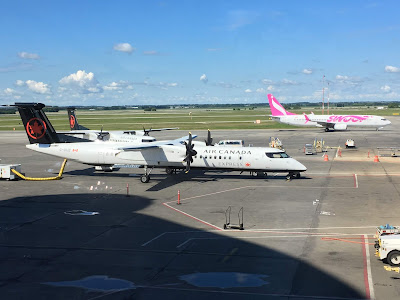 Edmonton to Vancouver on Air Canada, then departing Vancouver on ANA (All Nippon Airlines) which is a very good airline, leg room, food, service, etc. we lost a night of sleep in the 9.5 hour flight arriving 6:30pm. Arriving in Haneda airport (a smaller international than Narita) we began to feel the warm, humid air of summer in Tokyo - +30C and 100% humidity. 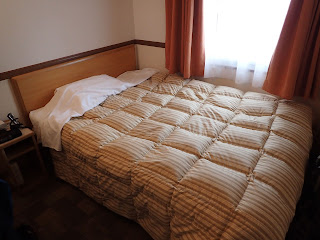 We made our way on Keikyu rail line to Shinagawa where I had booked a Toyoko Inn. Small compact rooms, but all one needs for a reasonable, air conditioned room with breakfast! 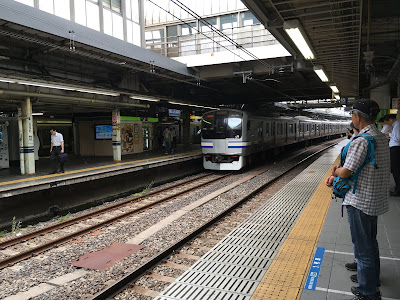 A JR rail pass is a very good deal when using the JR rail system in Japan, even to get around parts of Tokyo and especially between the bigger cities north to south (much cheaper than flying and more fun!) 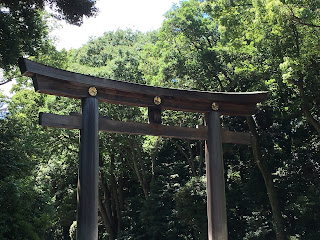 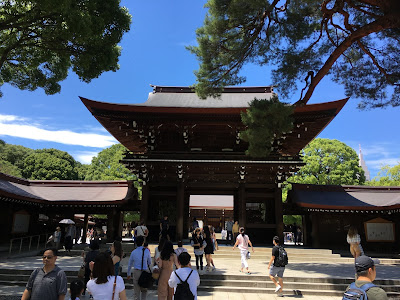 We took trains to Harajuku station and walked to the Meiji Shrine in Yoyogi park in west central Tokyo. Several Torii gates in the huge forest lead you to the main Shinto Buddhist Shrine. 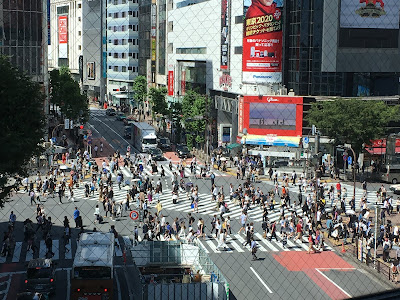 Then headed to Shibuya and the scramble crossing, where the busiest intersection in the world is. Not so busy when we were there!

One JR rail (Yamanote) and the Ginza subway line takes you to Asakusa (pron Asaksa) and the Sensoji Temple. This area also hosts lots of shopping, the Sky Tree tower and Asahi Brewery.

Posted by Neil Haggard at 2:45 PM No comments:

Dave and Hicari's wedding invitation to join them in Kirishima, Kagoshima, Kyushu, Japan. Looking forward to seeing all the big cities and meeting up with Andrew and Emilie in Tokyo for a day or two together before heading to the south island!

More when we get to Japan!
Posted by Neil Haggard at 3:11 PM No comments:

My recent 3 weeks in Japan were focused on discovering the culture, history and flavor of the Japanese islands.

My itinerary was basically limited only to my JR rail pass and time to fit everything in. The JR pass took me by Shinkansen from Narita airport to Shinagawa in Tokyo. I stayed at a nice small hotel in Kita Shinagawa which gave me a view of a small suburb inside Tokyo. There was a Family Mart nearby with almost anything you need - yogurt, rice, tempura, etc. Also available at AM-PM, 7 Eleven and Lawson Station stores on nearly every corner. 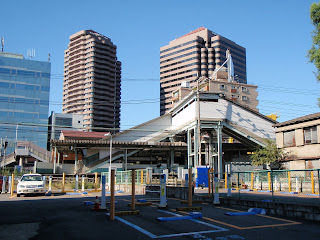 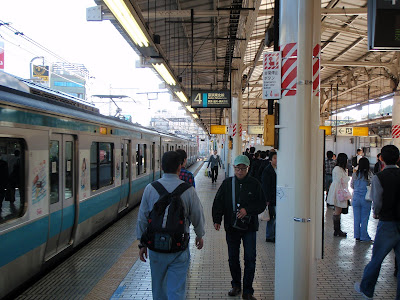 In Tokyo I visited Shibuya, Shinjuku, Asakusa (Senso-ji Temple) , Ginza, Harajuku (where the youth dress outrageously, food is fabulous and interesting shopping), from Yoyogi park - site of the Meiji Shrine - to the Tokyo Tower. Impressive parks and the Imperial Palace (Edo Castle) made Tokyo a special experience. The Tsukiji fish market was impressive on the Tokyo waterfront with over 1500 stalls all preparing over 3000 types of fish for local restaurants. Mmmm, sashimi :) 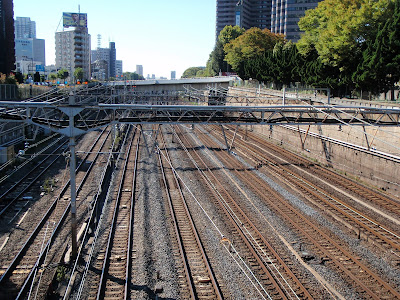 I had lunch at the Asahi brewery restaurant and tasted micro-brewed beer that is only available there. Andrew's friend, Dave took me through rail stations, Shrines, and high into buildings with amazing views of the city of Tokyo. The population exceeds 13 million in the metro Tokyo area. I think all of them were in Shinjuku station on one of the days I was there. BUT the rail system runs fast, smooth, and ON TIME! 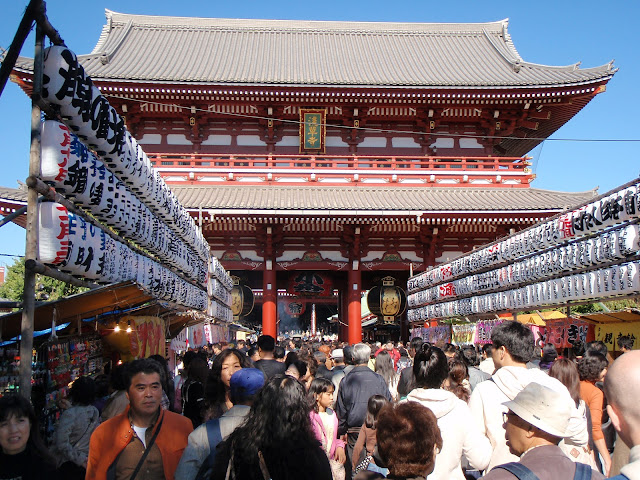 One thing that impressed me was discovering some of the medieval history from the mid - 1750's and on during the Edo period. The fishing village of Edo became the Shogunate power center in 1590 and was renamed Tokyo in 1868. The whole area suffers from earthquakes from time to time as well, parts of the islands experience volcanic eruptions. 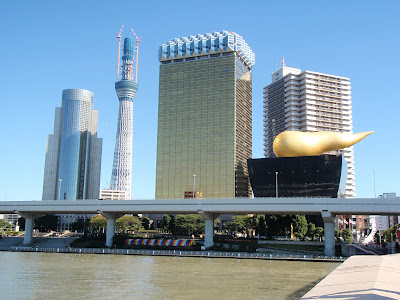 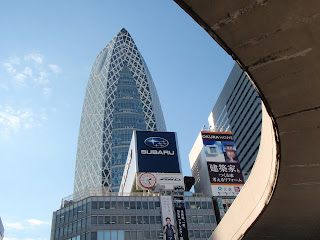 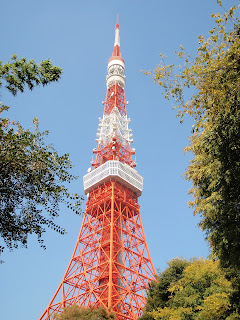 By shinkansen railways, I traveled to Yokohama, Zushi, Osaka, Odawara, Hiroshima, Himeji, Kyoto, Nara, Shizuoka on Honshu, and to Fukuoka and Kagoshima on the south island of Kyushu where I met up with a friend Tomoko. Her mother and father ensured I had an authentic Japanese experience eating lots of fish, miso soup, rice, soba noodles,  homemade bread, and many other foods.

During the 3 weeks I ate sushi, yakitori, sashimi and takoyaki - my favorite lunch- a Tokyo fast food of bits of octopus in sauce inside a kind of dough ball. Delicious with beer! I also discovered Hiroshima's specialty - Okonomiyaki - a crepe-type thing with vegetables, seafood, sauces cooked on a griddle and wonderfully delicious. Oh yes, there are plenty of Starbuck's; also Doutor coffee, Veloce Italian coffee & Tulley's coffee places and some of the best bakeries outside Scandinavia! One of the best was Andersen, a bakery that seemed to be in every major train station. 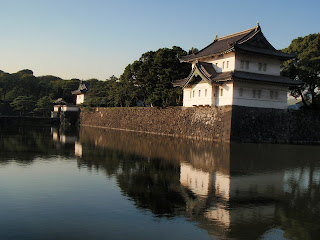 Japan is very western in many ways, and yet very modern with a little bit of history here and there. It is easy to travel there and make your way. Prices are expensive for accomodations. 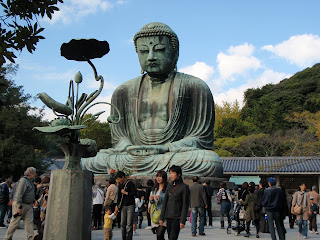 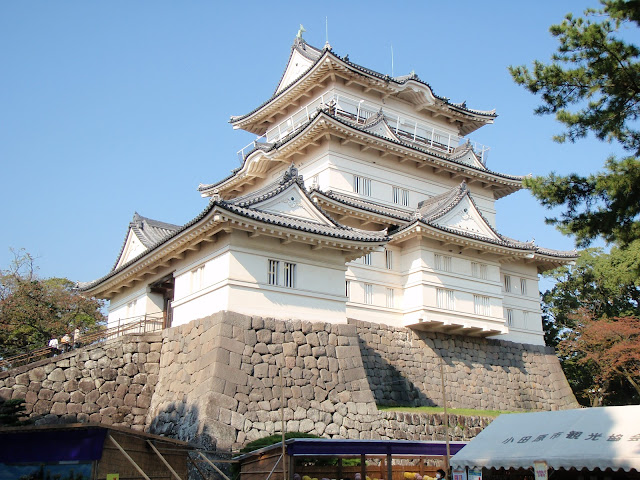 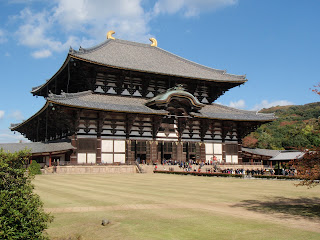 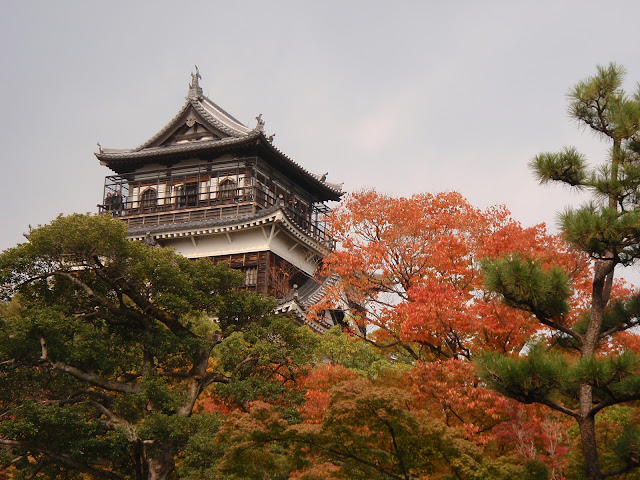 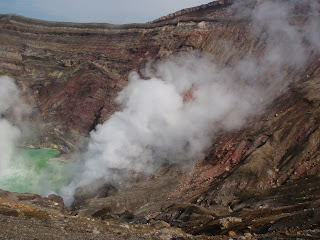 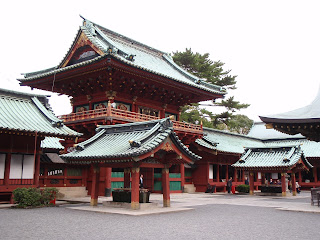 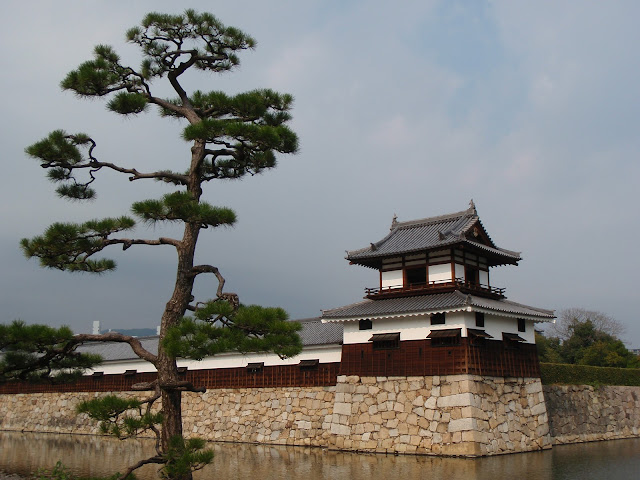 Neil
Posted by Neil Haggard at 10:57 AM No comments:

Neil Haggard
I love to cycle, ski and climb and enjoy the outdoors in any country. Having traveled to over 34 countries, I co-ordinate and lead treks, culture tours & travel to Nepal & Bhutan, Tibet and India and cycle tours in Norway. I am certified as a Hatha yoga and Yin yoga instructor, a Professional Coach and always keen to travel. My wife lets me go to Nepal and other places from time to time. My 2 sons are two great kids, and now with a wee grandson. I am blessed. For Nepal trekking info and trip dates, please email me - nhaggard@telus.net or check out www.neilhaggard.ca Namaste!